The first time I ever used a pressure cooker when I was probably like 2 or 3 years old. We had one at home and my dad would cook artichokes in them, so I was always really amazed this thing that went on a stove.

You turned on the flame and it started hissing and spouting

A little knob started twisting around it was kind of like something out of Willy Wonka, you know everything’s like going crazy, and I’m sitting there as a little kid going like wow what’s going on there. When You take the lid off and there were these like perfectly cooked really delicious artichokes it just you know it was the 70s different mayonnaise. 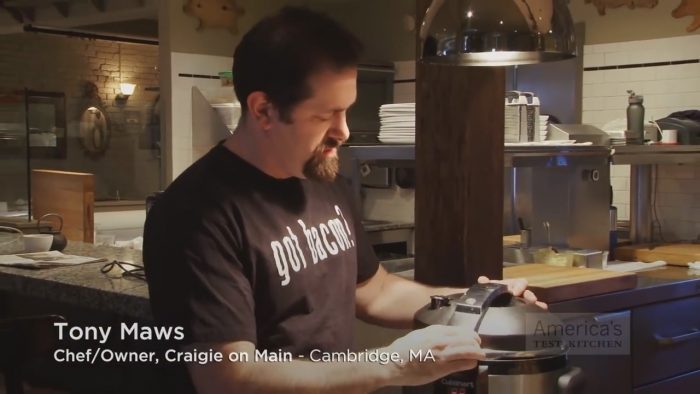 I love my pressure cooker we actually have two pressure cookers we love them so much I’m a big fan of slow cooking raising flavors melting but because it’s pressurized these flavors all are infused into the carrots and the onions and the chicken. Things that I do like to use it for our like cooking fish, or you can put things in papillote this is really actually very beautiful. It really seals in the flavor usually do that in the oven and you think oh that’s going to be wonderful, but you put it in a pressure cooker and it totally transcends. The whole flavor it’s really amazing in the cooking times like 10 minutes. 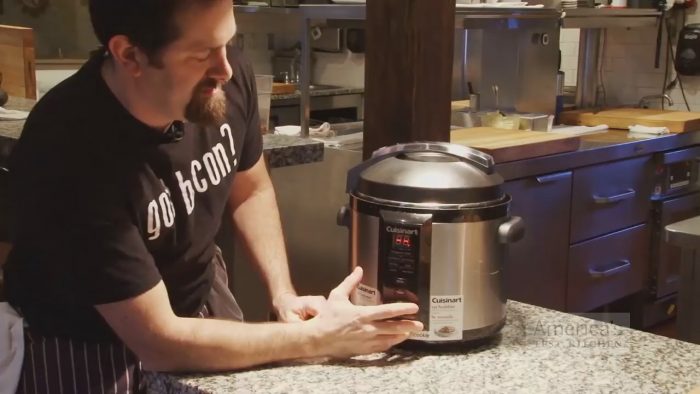 First thing, I cooked was actually the beans then from there you know

I get creative and it’s fun to use at home, mostly because you can really just do it all in one pot, and it cooks so fast and you know minimal cleaning. It’s great for beans you know beans cooking 13 minutes dried beans if you soak them overnight they cook in 13 minutes brown rice cooked in 12 minutes usually takes at least twice that long if not three.

Times that long root vegetables cooked it in three or four minutes time is part of the benefit of using a pressure cooker. It’s also just the way it cooks, then the flavor component to difference also than a slow cooker, which i think is very one-dimensional. I like slow cookers for what they do but they really want to do that they sort of slow cooked. This I can cook some of the things that are made to cook very quickly, and some of the things that are made to cook over a long amount of time. So I’ve got a lot of versatility we’re going to throw some bacon in there because why not. 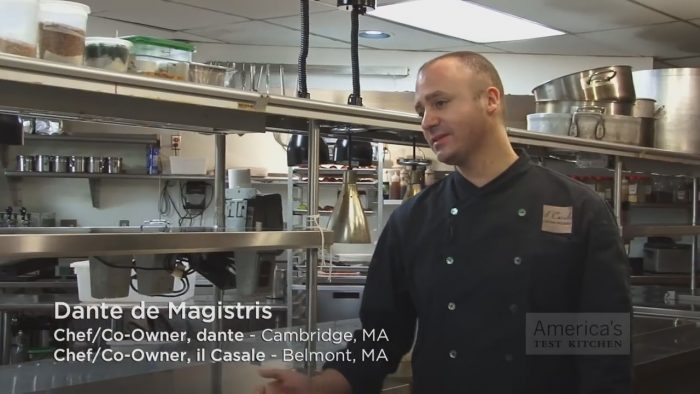 Right now, restaurants were using the the beans and chickpeas.

so both of those we do in the pressure cooker. cooking professionally in a restaurant I’ve never wanted to have beans on the menu because it’s really hard to cook just right if you’re cooking it too fast or too slow even or if it’s not soaked properly then they’ll burst or don’t cook enough inside and then someone will say oh but it’s al dente beans I’m supposed to be out that day you know beans are supposed to be cooked through.

What I found is that you know the flavor of boiling in artichoke, water is like all that flavor goes out even salted or not all that nice flavor of Archer. You know goes into the water but with the pressure cooker it all stays condensed inside the vegetable, which you know is this exactly what you really want you know. 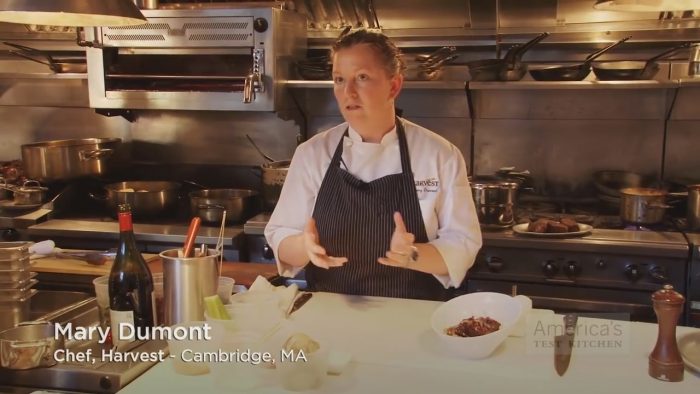 you know it brings the temperature up, you’ve got the seal on there so know the aroma, which is  flavor you know are escaping.  That’s what it’s all about it’s about an amusing flavor into something in this case, the chickpeas lots of people wer afraid of them have been afraid of them grew up and it was scary.

I know my mother’s made all kinds of noise and other people say this is afraid that they’re going to blow up, but they’re phenomenal and of course if now you know the technology made it, so that, it’s very easy it’s not going to blow up or something like that.

It’s not the way these things are made, because they’re very regulated with temperature, it’s not like the old school ones, this thing is pretty well fixed pretty sturdy it does what it needs to do.

People will heard of these calamities in like the 70s of you know them exploding all over the place,  like you know the cat falling in the soup thing,  but they’re not really like that and they’re you know, if you just are patient with them and you really learn how to put them together, there you know like. 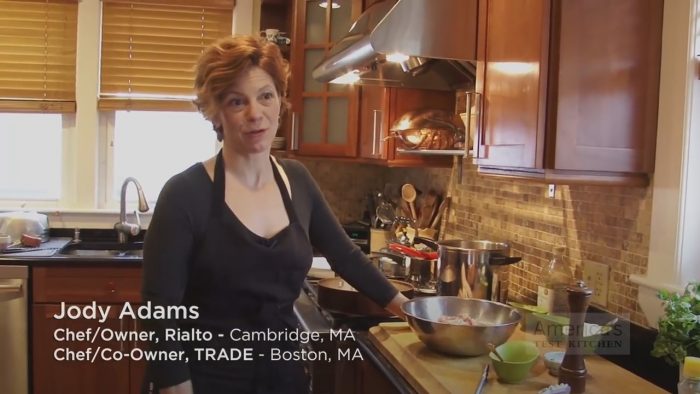 I said they’re they’re really amazing tool, once you know how to do it it’s really easy and very convenient very safe. I am crazy, i think we’ve got six we’re using these things for for so many different things partly, because our cooking space is limited.

So we were always looking for different ways to cook things. We just went out of space really quickly and this you know takes up a very small footprint, it gets a great big job done and I even have one at home.

So it’s not just for something at the restaurant , and  everything that you see that I’m doing something here, that I would serve home to my wife and my son works out really really well.

So I started doing it at home, i realize how easy and how fun it can be to make all different types of things for people, who are concerned about not having enough time to make a home-cooked meal.

I would encourage people to use them and get comfortable things come out, they’re tastier they’re more selective the more evenly cooked.

So you know we’re not trying to turn the world around using the pressure cooker, but all of a sudden you throw something in there and you taste it, you’re like “wow” that was pretty good.